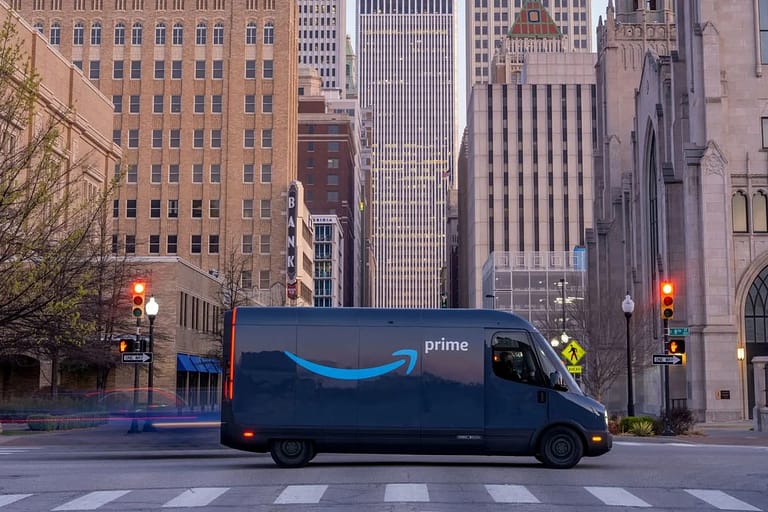 With designs based on the ‘skateboard’ platform chassis and the acquisition of a near-ready production facility in the US, there are certainly similarities between the up-and-coming Rivian and Elon Musk’s pioneering brand – but their vehicle types are largely different.

Rivian’s vision is centred around an electric five-passenger pickup truck and an electric seven-passenger SUV, and they entered a commercial agreement with investor Amazon to design, produce, and purchase 100,000 electric delivery vehicles (EDVs).

Despite a wealth of excitement around Rivian, with investors seemingly envisioning a Tesla-like rise to riches, the fledgling manufacturer has faced its share of roadblocks in its early development. Semiconductor chip shortages have brought extended delays to the delivery dates of vehicles, they have been sued by Tesla for stealing proprietary information and poaching employees and recently launched a legal battle against a supplier that could put Amazon’s electric fleet under threat.

The electric-vehicle startup is suing one of its seat suppliers, Commercial Vehicle Group Inc. (CVG), over a breach of contract regarding seat unit price. Rivian is claiming CVG has violated the supply contracts for seats by nearly doubling an initially agreed-upon price per unit, according to records filed with a Michigan court.

In the lawsuit, Rivian said that should the supplier stop delivering seats, it would directly impact production for Amazon’s order of 100,000 electric vans, which is scheduled for a 2025 delivery. Amazon was one of Rivian’s earliest and largest investors, but has seen its roughly 18% stake in the company depreciate over supply chain and production concerns.

CVG has denied the claims, defending themselves on the grounds that it wasn’t contractually obligated to the lower price and only raised it after Rivian had made multiple engineering and design changes. Rivian has said CVG stopped providing seats after negotiations around the unit cost were unsuccessful and filed the lawsuit a few weeks later. An inability to resolve the matter puts the delivery of Amazon’s electric fleet under threat.

As noted by the Wall Street Journal today, disputes between automakers and suppliers aren’t unusual in the industry, but this legal confrontation could have broader implications for Rivian’s business because Amazon is one of its largest initial customers and the company only began manufacturing vehicles last year.

This experience carries a couple of insightful lessons for manufacturers and businesses more generally, lessons that Tesla has absorbed and designed solutions for. It demonstrates the inherent difficulties of supply chain management that can plague startups, prior to stronger relationships, trust and familiarity developing between firms. Additionally, this makes a case for business agility – the ability to respond to unforeseen disruptions and implement measures to curtail potential supply complications.

Following similar issues with supply of seats years ago, Tesla brought seat manufacturing in-house in a move that went against the status-quo of vehicle manufacturers. This kind of agility is what has allowed Tesla to continue to beat delivery estimates through all the disruptions that the pandemic has brought. ‘Make your mistake small and iterate before scaling’ is the advice from Elon Musk to startups.

Read Next: In-House Design Is Key To Tesla’s Advantage