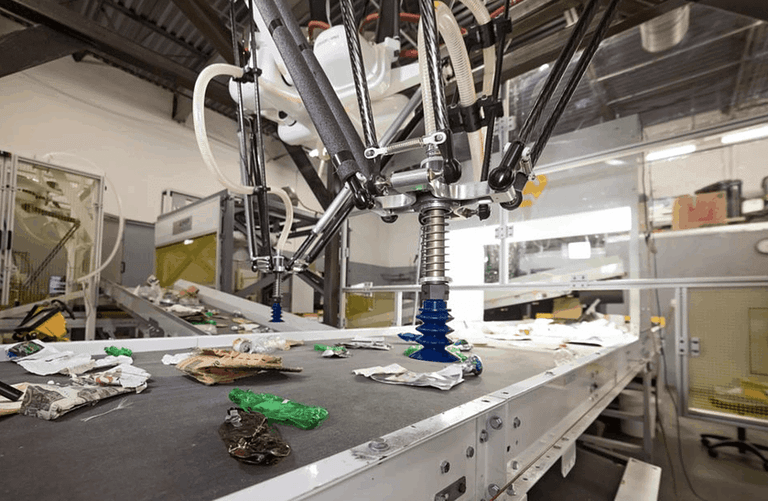 AMP, which is based in Louisville, Colorado, has sold or leased 100 of its AI Recycling Robots since 2017 to more than 40 recycling facilities in North America, Europe and Japan, gaining traction across the waste industry.

AMP Robotics founder Matanya Horowitz was captivated by the emerging technology of deep learning, which can allow robots to see things in the same ways as humans through computer vision.

He saw a gap in the waste industry where unskilled labour could be replaced with AI technology and robotics.

AMP Robotics uses AI to teach robots how to recognise objects based on their colours, shapes, textures and logos. The technology detects recyclables along an endless line of trash and sorts the recyclable items from landfill.

Horowitz stated, “it’s repetitive and not ergonomic, and you are surrounded by unsanitary stuff like hypodermic needles.”

“With Covid on top of that, people are saying, ‘Do I really want to put my hands in this material that maybe came from an infected person’s house?’

However, the robots are not cheap, at a cost of up to $300,000 (or around $6,000 a month to lease), but those recycling centres are betting that the hefty capital expense will pay off with lower employment costs and higher efficiency as facilities figure out how to get the most our of their waste.

AMP’s Recycling Robots are said to consistently pick twice as fast as humans with much greater accuracy. The goal for the robots is to build up a base of knowledge so that one day the robots can detects and process just about any type of waste.

That’s especially important today as recycling facilities are still struggling to find new markets for their materials after China, the world’s biggest market, essentially banned almost all imported waste in 2018, a decision that resulted in recycled material that previously could have been sold ending up in landfills for not being pure enough.

AMP received a large grant of $16 million from Sequoia, as they believed in the recycling robots.

Partner at Sequoia, Shaun Maguire commented on the collaboration, “over the last few years, the industry has had their margins squeezed by labor shortages and low commodity prices. The end result is an industry proactively searching for cost-saving alternatives and added opportunities to increase revenue by capturing more high-value recyclables, and AMP is emerging as the leading solution.”