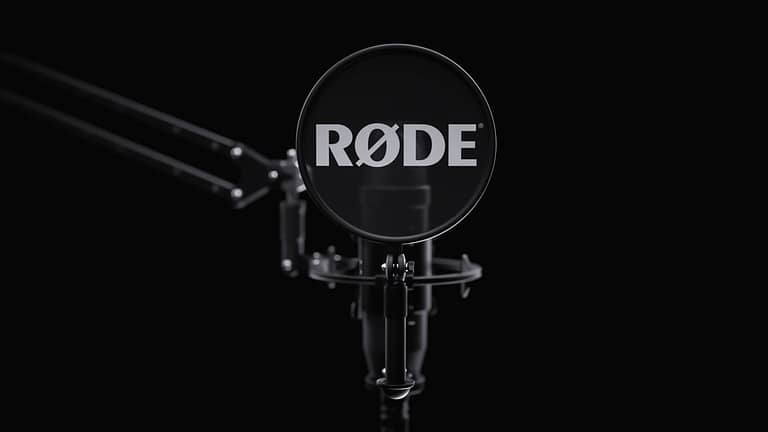 For this edition of our Australia Design Spotlight, we have RØDE Microphones in focus. RØDE is a truly unique story of success in the realm of Australian products and design as a manufacturer of electronic devices that still designs and produces all its market-leading products in Australia.

RØDE is now an internationally recognised brand that has become the choice for creatives, producers, musicians and the like the world over. It is a company that we should be extremely proud of as Australians and deserves a tonne of praise for their innovation, ingenuity and commitment to keeping manufacturing processes onshore and competing successfully against the electronic giants of Japan, Korea and the USA.

RØDE traces their history back over 50 years. After migrating from Sweden, Henry and Astrid Freedman established Freedman Electronics in Ashfield, Sydney in 1967. Freedman Electronics was one of the first companies in the city to design, manufacture, install and service a diverse range of audio products, including loudspeakers, amplifiers and microphones. The business proved pretty successful, allowing Henry and Astrid to settle comfortably into their new life as Australians along with their son, Peter.

After Henry’s passing in 1987, Peter took over Freedman Electronics and worked hard to try and expand the Freedman business sound installation services. The struggling 1980’s Australian economy, however, proved crippling and with Peter’s limited expertise in running a business, the company was pushed close to bankruptcy.

Refusing to roll-over and let it die, Peter decided to try something a little different to reignite the company’s fortunes. Peter sourced and modified 20 large-diaphragm condenser microphones from China and sent them into the burgeoning market of recording enthusiasts. The test product proved a hit amongst the users, with sales taking off like “a rat up a drainpipe”. This comment led to the microphone being unofficially called the ‘RODENT-1’, which was later changed to the RØDE NT1, thus establishing the RØDE Microphones brand.

The RØDE NT1 hastily became one of the best-selling microphones of all time, and its successor, the NT2, experienced similar success, catapulting the Australian-born brand into its position as a market leading manufacturer of audio-recording equipment.

From here, RØDE continued to innovate and iterate on their popular products, all the while keeping manufacturing operations at home despite the worldwide shift towards outsourcing for low-cost production. 2004 saw the release of the RØDE VideoMic which became a hit amongst the new generation of independent filmmakers as it boasted the ability to capture high-quality audio in a wonderfully simple, compact form to match the developments in video recording quality facilitated by brands like Canon.

RØDE’s success in the following decades can certainly be attributed to a case of ‘right place, right time’. An explosion in at-home content production driven largely by YouTube and the growing popularity of social media saw RØDE products being demanded across the world. More than just pure good timing though, was Peter Freedman and RØDE’s ability to identify market demands and design and develop products to suit.

For instance, in 2015 they engineered and released the RØDELink digital wireless audio system to meet market desires for simpler facilitation of audio transmission for film, TV and stage use. Similarly, noticing a rise in podcasting and seeking to make podcast production more accessible, RØDE developed the world’s first dedicated podcasting console, RØDECaster Pro, in 2018. An entirely unique product that allowed literally anyone to record a professional-quality podcast with ease.

Beyond the worldwide acclaim that RØDE receives from users for their many brilliant products, the brand has been decorated with numerous awards to acknowledge their achievements in innovation and manufacturing. They won Australian Export Awards in both 1999 and 2013. In 2007 RØDE was awarded an Australian International Design Award for the Podcaster USB microphone. The 2015 NTR ribbon microphone received a Red Dot ‘Best of the Best’ Award for Product Design that year and RØDE’s Stereo VideoMic X won an Australian Good Design Award in 2014.

The company today operates a 110,000 square-foot manufacturing facility in Silverwater as well as a separate manufacturing and logistics facility in Pemulwuy, Sydney. They have offices in USA, UK, Korea, China and Hong Kong with over 500 staff employed worldwide.

RØDE is an enduring example of just how good Australian innovation and design can be when the focus is put on the product and the customers we seek to serve. Snubbing the great shift to offshore production proved rewarding for the business, allowing them to maintain control of quality and output and exist closer to where their products were being used.