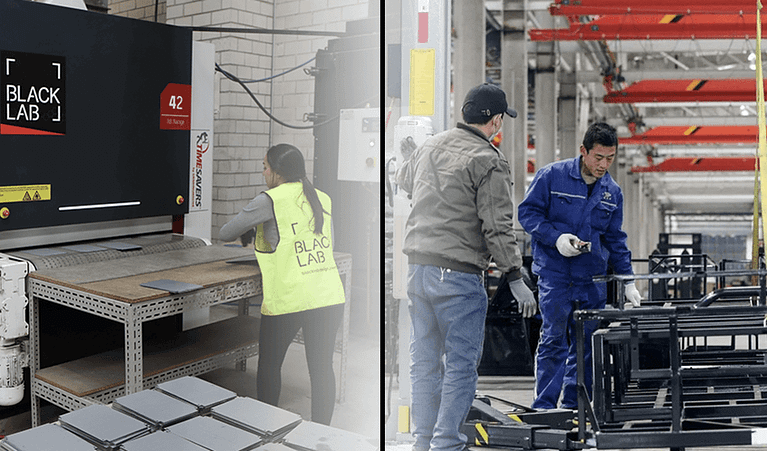 It’s always a priority for manufacturers in Australia to keep a keen eye on events in China, the ‘World’s Factory’ exerts far reaching influence on all types of industries and this has been particularly pertinent for local manufacturing over the last few years. Since the pandemic began, we have explored in detail the opportunities that arose for Australian businesses to prove their value in taking up the slack of strained global supply chains. Today, with the situation seemingly worsening, we explore how China’s struggles spell optimism for Australian Manufacturing.

In April we posed the question of whether Australian Manufacturers will be left high and dry for China during pandemic recovery, emphasising the need for risk mitigation in supply chains through diversification. More recently we pointed to the benefits being realised in onshore production given the global disruptions and improving technologies that facilitate Australia’s manufacturing.

Yes, we like to take an optimistic view on the effect of global forces on local enterprise, as most of the news we read analysing the situation in China predicts detriment to our natural resources-reliant economy. Whilst some expected a fast recovery and resurgence of Chinese operations as the pandemic eased, we have instead witnessed a diminution in their ability to get back to the ‘cheap and quick’ status they once relied on.

China’s property developers account for an astounding 20% of the entire world’s consumption of steel and copper, according to estimates by British investment bank Liberum. So when the news sprung that one of the largest of these, Evergrande, had compiled over US$300 billion of debt that it was unable to pay off, global markets were understandably panicked. Failure of developers such as this leads to lower steel demand and in-turn pushes Iron Ore prices down further.

“I think the development of China’s construction and housing market has been the single biggest driving factor behind the sustained development of Australia’s iron ore sector.”

Of course, with such a heavy reliance on our iron ore exports in this country, the downward trending price of the material is concerning for our miners and the economy as a whole. Australia’s exports to China are triple the value of those to Japan, which is our second most-valuable market. Even with iron-ore exports removed from the equation, China is still our biggest export market. Suffering real estate and financial sectors in China will likely harm demand for other Australian goods such as meats, pharmaceuticals and beverages.

So how does China’s struggles spell optimism for Australian Manufacturing, given those gloomy facts?

The optimism stems from our assertion that ‘build where it’s cheapest’ is a harmful mantra that has led the purchasing decisions of too many Australian companies towards offshore manufacturing. As the shortcomings become more apparent, and China loses its appeal and ability to be the ‘World’s Factory’, the assumption is that Australian companies requiring manufactured goods will look closer to home. The cost differences are no longer significant, and the supply chain reliability and local technological expertise provide far greater value.

Manufacturing input cost increases in energy, raw materials and labour has seen competitiveness decline significantly. Unprecedented increases in transport and logistic costs have worsened the situation. Eamon McKinney, of IndustryWeek was recently queried at a major industrial conference in Shandong, China; “How can Americans still afford to buy from us?”. McKinney points out that pre-Covid-19, the cost of shipping a container from Shanghai to Los Angeles was about $1,600, and today “if you are lucky enough to get one, it could cost you up to $20,000 to ship that container”.

The Chinese producer price index (PPI), which reflects the prices that factories charge wholesalers for their products, rose by 9.5% in August from a year earlier, from a gain of 9 per cent in July, the National Bureau of Statistics (NBS) said. This is largely due to the fact that China has lost nearly 20% of its industrial-sector companies over the last three years. The American’s are learning it, and so should we; the cost benefit of sourcing from China just isn’t there anymore.

It was China’s abundance of manpower that allowed them to become known as ‘The World’s Factory’. Whilst the country still boasts the largest population, at over 1.4 billion, it is rapidly ageing resulting in a large reduction in the number of people willing and able to work in their labour-intensive factories. This type of work no longer has the same appeal to the younger generations as it did for their parents.

With labour shortages starting to be felt, the CCP has had to encourage higher birth rates, but to little effect as demographers are predicting that the population will actually start to decline by 2027. Local labour shortages in the will inevitably lead to continued increases in manufacturing costs and lead times in China. This further supports our assertion that Australian companies should make efforts towards diversifying their supply chains and taking a look closer to home for their manufacturing needs.