Closing the Loop: Will Australia Embrace the Circular Economy? 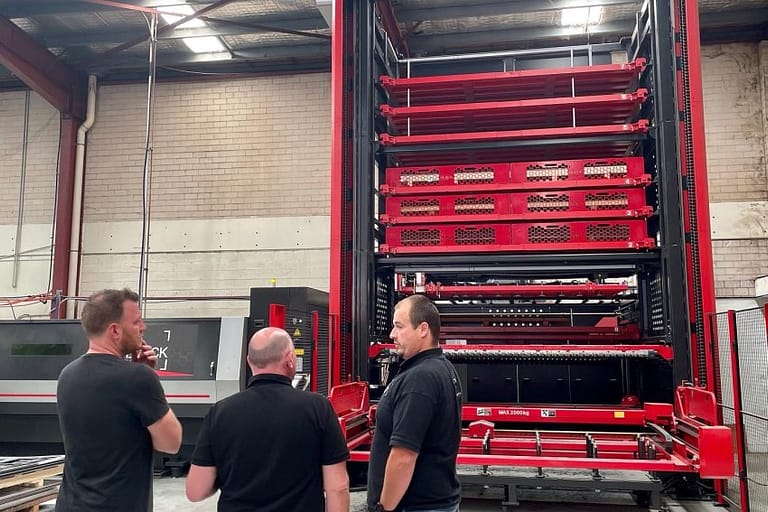 With the 26th Conference of Parties (COP26) Climate Change Summit wrapping-up earlier this month it seems that the news cycle is being once again dominated by discussions around climate change. Australia in particular is a subject of some criticism with our comparatively high emissions contributions and a delegation exhibiting a reluctance to commit to the agreements presented at the conference. With these issues at top-of-mind, we recently spoke to the team at Circulist about one major concept that has the potential to considerably influence a reduction in emissions, the concept of the Circular Economy.

Circulist is an Australian based group founded by Nick Gonios. They are advocating for a greater adoption of ‘circular thinking’ in the way we produce and consume products in Australia, and globally. Closing the loop with a circular economy refers to the diversion from a linear economy where products are made, used and thrown away into a system that prioritises the re-usability and recyclability of resources. As Circulist puts it, “we are building a tomorrow where products are made to be used rather than thrown away”. At the heart of this concept is changing the way we look at the design and manufacture of products in the first stage of a product life cycle. Closing the loop is visualised well in the below graphic.

One of the key global players in the Circular Economy drive is the aptly named Circle Economy. It is an impact organisation dedicated to accelerating the transition around the world. Their Circularity Gap Reporting Initiative measures current states of circularity and aims to bring together stakeholders from businesses, governments, academia and NGOs to input and evaluate findings on the state of the transition based on the latest scientific evidence. The circularity metric, which is the share of cycled materials as part of the total material inputs into the global economy each year, shows the current world is just 8.6% circular. We would need to achieve around 17% circularity “to keep our world liveable and thriving” in the long term.

CirculistQuest is the podcast hosted by the Circulist team where they discuss the transition to a Circular Economy from an Australian perspective with a multitude of designers, scientists, and engineers. Black Lab Design CEO Daen Simmat was grateful to be invited onto the show to discuss the concept and some of the challenges faced from an Australian manufacturing perspective in a shift towards the circular economy.

A critical takeaway from Daen and Nick Gonios’ chat on the podcast pertains to the engrained buying philosophy at the executive level of a lot of companies. A significant barrier to the adoption of more circular behaviour is faced when only price, time and quality are being considered in the decision-making phases of product procurement. Only these three factors are typically deliberated on when businesses seek manufactured goods. It is the desire for value that drives these decisions, be it value in speed of delivery, cost savings against competitors or superiority of the product. The price-time-quality triangle can explain why, to date, the world works through a ‘take-make-waste’ system and hinders our ability to easily shift behaviours to be more circular.

The focus must therefore be, as Daen proposes, “educating people on seeing this triangle as a square, with price, time, quality and the environment making up the corners in the shape of business decision-making” and indeed consumer purchasing decisions. For if the consumer becomes more willing to demand products that can have a circular life-span, so too will the companies that want to sell to these consumers. The current market state means that those trying to compete in the closed loop environment still need to try and compete in the other corners too (on price, quality and time) and that is a significant challenge to the circulist economy that is difficult to overcome. “At the executive level, it’s a conversation around win-win, win-lose, win-neutral”, says Daen, “…if it’s a win-neutral, as in it doesn’t change the status quo and the environment wins, that transaction is going to be easy”. Given the nature of these considerations, when you pull in one direction something else is going to be impacted. Generally when quality, time or price get sacrificed as a result of environmental considerations, it’s unlikely that decision will be passed at the board level.

That is why the work that organisations such as Circulist are doing is so important. In Australia we have a long way to go towards achieving a circular economy. Bringing this conversation to the business leaders, consumers and various stakeholders in our economy is a step-forward towards changing behaviours and the way we prioritise the various considerations in the manufacturing process. As Clean-Up Australia puts it: “A perfect circular economy would be very difficult, but we can do far better than we currently do”.