Digging Ourselves a Hole: Australia Not Utilising our own Resources 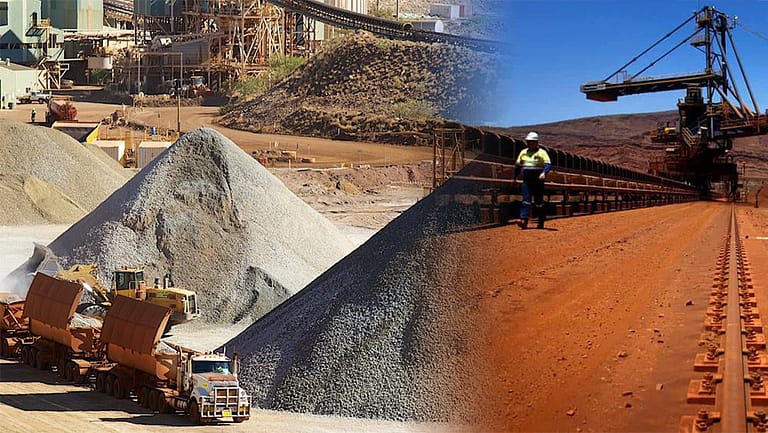 Australia is a country with an abundance of resources and renewable energy sources. We could generate revenue, create jobs and support our own infrastructure and energy industries with our own resources, instead however, we are digging ourselves a hole and exporting iron ore and lithium to other countries, especially China and not utilising our own resources.

Australia is a major source of the world’s metal, with demand estimated to continue to rise. We are selling our resources offshore at the lowest point of the value chain – in raw form. Currently, Australia converts less than 1% of its iron ore into steel.

The demand for steel from China has bought incredible profit opportunities for Australia, however, processes metal is worth much more than ore. As Senator for South Australia, Rex Patrick put it, “we’ll just continue to export rocks and let others reap the benefits by developing technologies to process them.”

So why isn’t Australia using more of our resources?

As with the rest of the world, China relies heavily on iron ore for infrastructure, construction, urbanisation and their military efforts. The iron ore industry is the steel industry, and China is the largest steel producer and a key export market for Australia. In fact, China accounts for 80 per cent of Australia’s iron ore exports (by volume).

As tensions rise between Canberra and Beijing over the truth behind the COVID-19 outbreak, China continues to ban our waste exports and other commodities. These issues have resulted in China exploring other avenues to source their iron ore.

Brazil was a contender to take a large sum of Australia’s export percentage, however suffered huge mining disruptions from the pandemics lockdown and closures. Africa is still developing their mines and technology, however are only a few short years off.

China’s iron ore demand will not diminish, however Australia can’t have all the eggs of a multi-million dollar industry in one basket.

Western Australia is home to the biggest single iron ore pit in the world. Exports reached a record high of $10.9 billion, accounting for 36 per cent of Australia’s total exports, according to figures released today by the Australian Bureau of Statistics (ABS).

However, why doesn’t Australia diversify onshore and create a home demand for steel manufacturing, rather than getting offshore manufactures to use our resources and buying back the end result?

Elon Musk weighed in on Australia’s lack of acceptance for renewable resources, “you could use your resources to create so much power you could export the power to Asian countries and reduce energy prices. You can be solar powered, wind powered or use geothermal and hydro options.”

We have a billion dollar energy business in our backyard that we are only exporting. Lithium ion batteries and their ability to store renewable energy is booming and Australia is yet to utilise the technology of our own resource onshore.

Half the world’s lithium batteries are made in China, and Western Australia is the largest provider of lithium in the world – reiterating our dependency on China’s demand of our resources.

The way our exporting revenue stands, the key to our future is in China. As we saw in 2020, China has its own vulnerabilities.

Australia needs to keep a strong, diverse trade partners to guarantee our future, as well as using our innovating mining skills to turn our resources into products onshore. By doing so, Australia will stop not utilising our own resources.