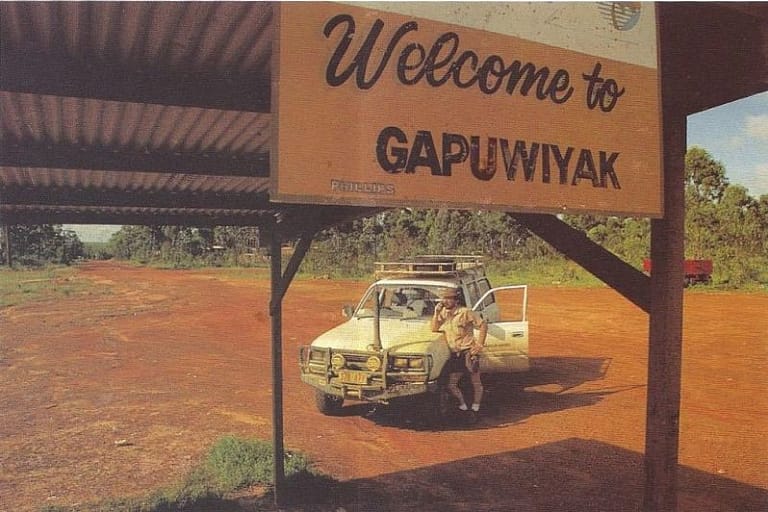 The Overland Telegraph Line was established in 1872 allowing the transmission of messages between Adelaide and Darwin – opening up telegraph communications between Australia and the world.

Over 100 years later though, there were still thousands of Australians spread across the sparsely distanced remote towns and stations of the outback with no efficient means of communicating with the rest of Australia and the world.

In the outback up until the 1980s, communicating with those outside your immediate proximity would require operators to physically connect calls, often relying on the vagaries of high frequency two-way radio.

Rapid development in communications technology defined the late 20th century, and by 1980, it was the Outbacks’ turn to reap the rewards of modern telecommunications. Leading the connection of the outback to the rest of Australia, and the world beyond, was Telecom Australia – the predecessor to Telstra.

The innovation that would make it possible was the Digital Radio Concentrator System (DRCS). DRCS was developed at the Telecom Research Laboratories and purposely designed to withstand the extremes of the Australian environment.

It was a massive undertaking. Connecting towns and homesteads to physical telecom lines across thousands of kilometres and testing terrain would be an engineering feat comparable to the building of the Overland line a century earlier.

There were over 26,000 lines through manual exchanges that would need to be automated.  Converting about 6,000 manual services to connect between 3,000 and 4,000 customers in remote areas across an expanse of around 3 million square kilometres.

The Digital Radio Concentrator System uses radio signals beamed in concentrated bursts to link remote customers with their nearest automatic exchange, where calls are slotted into the national phone network. Between the exchange and the subscriber are repeater towers 40-50 km apart that boost and retransmit the signals. Up to 13 repeaters are used in any single DRCS line, giving a maximum of 600 km between exchange and subscriber.

Alongside the innovative design of the DRCS, Telecom also demonstrated a commitment to embracing other modern supporting technologies. For example the adoption of solar and wind power as alternative fuel sources for the infrastructure.

Once complete, the introduction of telephone connection to the remote corners of the outback carried untold benefits to the lives of those that utilised it. It transformed education for isolated children, farmers were able to order parts, feed, and other necessaries instantly, and medical assistance became far more accessible. It was a service that much of Australia had already been enjoying for some time but it would take ground-breaking innovation and world-leading design to extend the service to the isolated communities, families and business strewn across the Australian outback.