Is an LED or LCD Display Best for my Business? 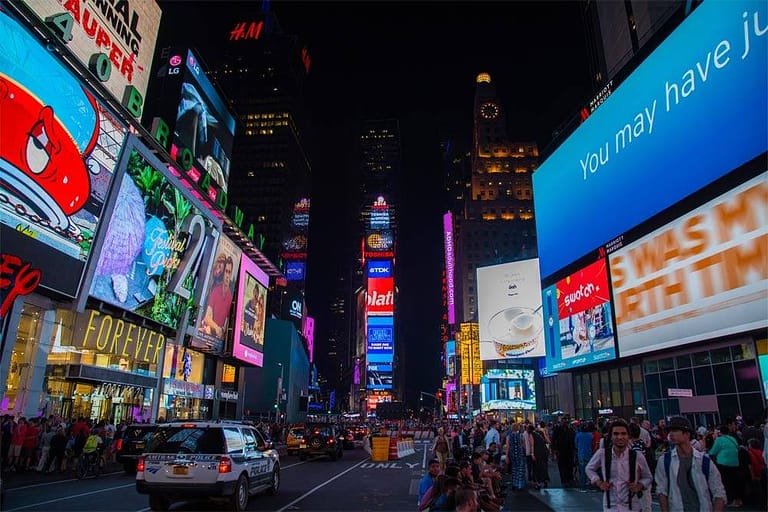 One of the most common questions we’re asked when assisting businesses establish their digital signage systems is whether an LED or an LCD display is best for their business. The answer is always contextual to the clients’ needs. It starts by clarifying what the difference between the two actually is.

What is the difference between LED and LCD Displays?

This is where it can get easy to divert away from giving clear advice on whether as LED or LCD display is best for your business, because consumer displays differ from commercial displays. We are not trying to give the reader direction on which monitor is best for their gaming set-up, but which screen type is ideal for communicating your business’ messages.

What are Commercial LED Displays

Commercial LED displays are typically referred to as Direct View LED. This is because they use LEDs as the individual pixels that make up the image itself. Using a surface array of LEDs removes any need for a liquid crystal display panel, which carries noticeable benefits for particular uses.

While LCD flat panels are available in resolutions of 1080P and 4K UHD, Direct View LED displays are measured by pixel pitch. Pixel pitch is the distance from the centre of one pixel cluster to the centre of the next pixel cluster in an LED screen. The smaller the pitch, the closer viewers can get to the display before they see the pixels themselves. Outdoor configurations may have a pitch of 10mm to 40mm, as they are viewed at longer distances.

For use indoors, where viewers would be closer to the display, a pitch of 10mm or less would be required, some have even sub-1mm pixel pitch. When considering Direct View LED displays, it is important to know the minimum viewing distance required. Multiplying the pixel pitch by 1,000 gives you a good rule of thumb for the minimum viewing distance.

Direct view LED displays can either use discrete oval LEDs which are basically one single self-contained diode, or Surface Mounted Device (SMD) LEDs. SMD LEDs contain 3 individual light-emitting diodes bunched together. Either way, it’s the light-emitting diodes that create the images you see on screen. This is explained in the image below, courtesy of LG Electronics

What are Commercial LCD displays?

Commercial LCD screens are more closely related to their consumer counterparts like TVs but there are still differences to be aware of. It is not advised to simply purchase an LCD TV from your local electronics retailer and install it in a public setting and expect it to function as desired.

Both have been designed to be used differently. Commercial display manufacturers understand that their displays are going to be exposed to far different conditions than a living room television will be. The componentry in a commercial display is optimised to allow for the display to be on 24 hours a day, all year around. They take into account diverse environments such as hot kitchens, high foot traffic, and bad weather, ensuring the product won’t fail in such exposures. The addition of more durable and resistant technology means commercial LCD displays will typically be priced higher than their consumer cousins.

An Example From Our Range

Summing up – Is an LED or an LCD Display Best for my Business?

As earlier stated, intended use for the display will determine which format you invest in. In outdoor environments or areas with high ambient lighting, brightness is the key concern. For indoor environments, the key concern is image quality and contrast. It’s also imperative to consider the usage environment and what the screen may be exposed to with regards to weather, temperature, humidity, direct contact and other factors.  If you have a good understanding of your requirements for content, application, perception and budget then your first move should be to contact a supplier, like Black Lab Design, and we will be able to assist you with designing, building and installing the perfect digital display solution for your business.

Need more help? Check out our article on the 5 factors to consider when investing in digital signage.