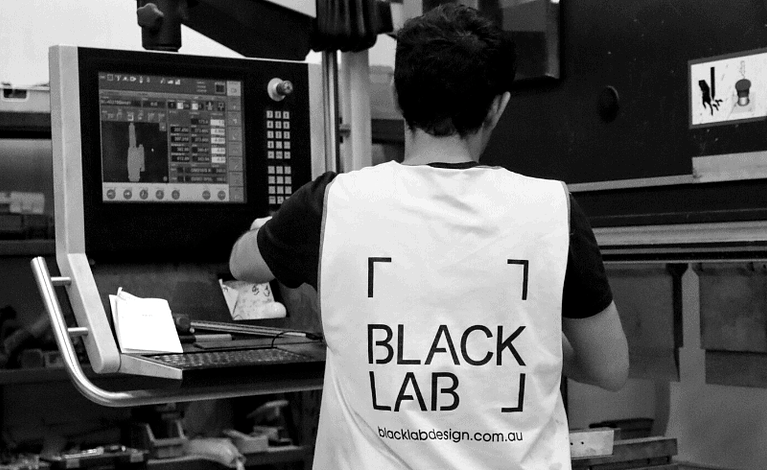 In the last quarter of 2021 as the Christmas buying-spree approached we saw global supply chains all but collapse under the weight of demand and lingering pandemic effects. Nearly two years of COVID-19 interruptions, volatile swings in demand, wild weather and a scarcity of labour and cargo space brought about unprecedented shipping delays. Frustration among customers arose across most industries, emphasising the increasing need for more resilient systems of supply in the face of global disruptions. Now, on the other side of a turbulent holiday period, the media, governments, businesses and the public are stressing the need for more localised supply chains. At Black Lab Design, we’ve discussed the importance of this concept consistently to suggest how manufacturing ‘local for local’ solves supply chain woes.

What Does ‘Local for Local’ Entail?

The notion of ‘local for local’ is fairly simple. The idea focuses on producing and distributing goods close to where they will be consumed and used. We’ve touched on this in a previous article; ‘buy local products, not just Australian ones‘. It’s about more than purchasing ‘Australian Made’ products for the sole purpose of supporting Australian business. It centres around boosting onshore capacity to supply the goods we need to be self-sufficient in times of global disruption.

That’s not to say that Australia can make everything we require, it still makes sense for certain products to be procured from nations that have a clear competitive advantage in the manufacturing of those goods. But decreasing over-reliance on imports by investing in the technologies that we can operate in Australia carries numerous benefits, and central to that is the resilience of our supply chains. Domestic manufacturing benefits communities with job creation and brings money into local economies, provides environmental benefits thanks to shorter delivery journeys, and benefits consumers because manufacturers are able to offer better customisation.

“I think it brought it home to a lot of us that the way we choose to spend our money can have an impact on Australia’s self-sufficiency as well as our economic future.”

Ben Lazzaro, Chief Executive of the non-profit Australian Made Campaign

Re-shoring Trends in the USA

The United States has had the ‘re-shoring realisation’ throughout the recent past, which was elevated largely by the pandemic. Like Australia, the once-great manufacturing nation had spent the previous few decades sending production offshore in the pursuit of cost savings. Recently, however, the conversation and action around re-shoring manufacturing capability has gained a lot of traction. “Since the pandemic began efforts to relocate manufacturing have accelerated”, said Claudio Knizek, global leader for advanced manufacturing and mobility at EY-Parthenon, a strategy consulting firm. “It may have reached a tipping point,” he added.

In 2021, Bank of America conducted a survey of some 3,000 firms which found that 75% of companies said they were re-shoring operations to their home bases or to neighbouring countries. General Motors disclosed in December that it was considering spending upward of $4 billion to expand electric vehicle and battery production in Michigan. Just days later, Toyota announced plans for a $1.3 billion battery plant in North Carolina that will employ 1,750 people.

Large automotive manufacturers such as GM and Toyota making these moves points towards a growing trend in acceptance of the concept that manufacturing ‘local for local’ solves supply chain woes. From where cost reductions were given priority by global manufacturers like these, the emphasis has shifted to supply-chain resiliency. That is to say, that the low wages offered overseas are redundant if shipping costs continue to spike and delivery dates blow-out. Having said this, it’s important to note that the manufacturing that can be bought onshore to the US or Australia will predominantly involve industries with high-tech, complex processes such as defence, medical products, semiconductors and pharmaceuticals. The activities that rely on large amounts of manual labour or are difficult to automate will likely remain with countries like China.

As with any major economic transition, there are significant challenges to overcome when attempting to re-shore or onshore manufacturing activities. After decades of production relocation to nations like China, it cannot be assumed that companies can simply pick up their offshore manufacturing facilities and drop them back on Australian soil.

Leading manufacturing hubs will not take this change lying down. “China and other similar countries will put in place political and economic measures to increase the attractiveness of their economies,” says Stefano Elia of the Polytechnic University of Milan, “I anticipate an international competition”.

Labour shortages and wages remain a barrier in countries like Australia and the US. At the end of the day, profits are still the goal of any company so it will be on a case-by-case basis with regards to which companies or industries can realistically move manufacturing locally. The shift will rely heavily on the consumer being willing to spend extra on products made locally, for the surety that the goods will be delivered on time, with environmental and economic benefits.

The global supply chain headaches that have been exacerbated by the pandemic will not be fixed any time soon. It is clear from this experience that transformational change is needed both in Australia and abroad to strengthen the supply lines that deliver the goods we are purchasing at an ever-increasing rate. At the core of this change is the need for improved production capacity closer to the areas we are consuming these goods. Manufacturing ‘local for local’ solves supply chain woes.