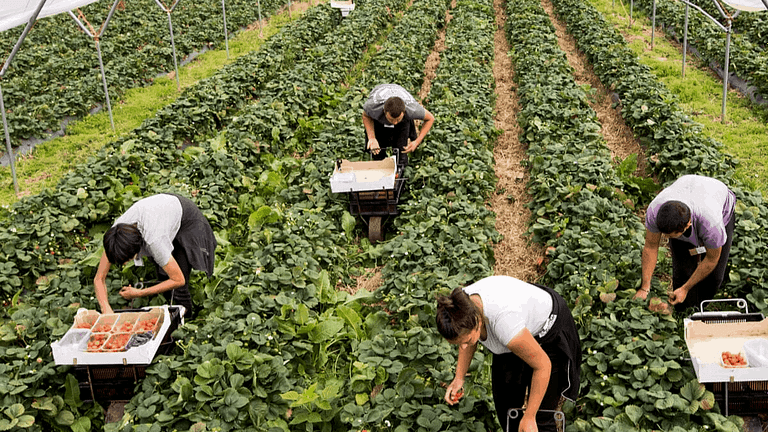 International travel bans have placed pressure on Australia’s economic revival goals as skilled workers across industries are becoming harder to find. Farming and infrastructure have relied heavily on the steady influx of international skilled workers and are now struggling to fill their workforces to meet demands.

Backpackers and visa holders have historically had to undertake regional work to keep their visas, helping rural communities complete projects and harvest within their deadlines. With the effects of COVID-19, Australians are either unskilled or unwilling to take on the work.

The shortage of backpackers and pickers to help the farming industry is leading to loss of produce as produce needs to meet supermarket certification and due to the harvest timeframe to do so being so finite, product is going to waste.

As JobSeeker and JobKeeper were rolled out as a response to business closures, “the locals don’t seem to want to take up the manual labour,” Lindenow vegetable grower Kane Busch stated.

The Morrison government introduced measures in September to prioritise border exemptions for critically skilled visa workers, including in construction.

But EY migration partner Linda Rowe said that, while exemptions are approved within three weeks, skilled visa workers could still face “months” to get a flight into the country due to repeated flight cancellations.

Ray Rawlings, an industry leader stated, “it’s causing issues for us in terms of finding the right kind of people and it’s also putting some pressure on the existing engineer resource pool in Australia which is pretty finite.

The distinction between blue and white collar is an important one. You can’t train a pilot to be an engineer who can draw up a bridge in two or three months. You’ve got limited resources.”

As the world slowed down, farming and development projects continued business as normal. However, as international intake numbers remain low it is a tough reality for these industries to try and upskill willing workers and continue to meet deadlines to keep their businesses afloat.