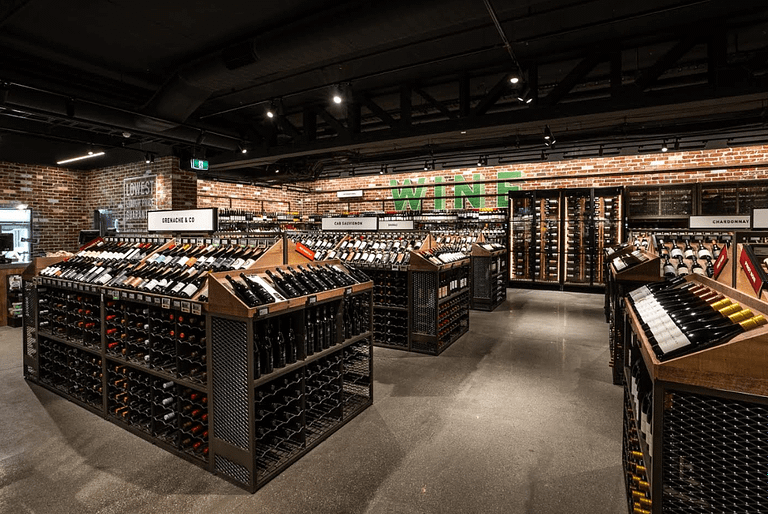 Retailers the world over are well aware of how volatile sales can be. From the normal seasonal shifts to unprecedented pandemics and the ever-increasing costs of doing business – recent years have been a trying struggle for retailers. As consumer spending slows in 2022, retailers must understand that good store design boosts retail sales.

Whilst retail sales in Australia still grew month-over-month for the 6th consecutive month in June, the 0.2% gain represents the smallest of this year, falling short of the forecasted 0.5%.

Department stores, food retailers and household goods sellers appear to be bearing the weight of tightened budgets, with all three sectors seeing a decline in sales following consistent growth in the first half of this year.

These relatively alarming statistics are reflected in the Westpac-Melbourne Institute Index of Consumer Sentiment. The indicator is calculated on the basis of a monthly survey in which respondents assess the prospects of the economy. The index dropped 3% month-over-month in July 2022, down for the eighth month in a row. The index now stands at 83.8, the lowest since April 2020, falling 23% from July 2021 and near 20 percent from last December.

When sales stall, retailers confront a stark choice: Cut costs or face declining margins. Most choose to take out costs to preserve as much of their margins as they can. But all too often they take out the good with the bad.

An example of this would be if a retailer were to delay or cancel planned upgrades, installations or re-formatting of their space to save money. Whilst cash would be freed up, the longer term effect on sales that could be generated as a result of store improvements represents a ‘good cost’, and it’s therefore a counter-productive measure.

During tough periods, a retailer’s focus should be on both preserving revenue from their loyal customer base and bringing in new customers – easier said than done. There’s a litany of tactics retailers can employ to drive sales, from specials and loyalty programs to building online presence and aggressive marketing campaigns – it’s often a combination of these with mixed success.

One of the most valuable solutions for recession-proofing a retail business is to invest in the physical stores. Creating, developing or improving the presence of a store is the tried and tested answer to bringing in new customers and encouraging continued loyalty from the existing base.

A modern space that compliments the products it is trying to sell is essential these days where competition between the online marketplaces and traditional retailers is fierce. Individuals may be wandering around shopping malls, department stores, supermarkets or their local shops with their tight budget at top-of-mind but that doesn’t disqualify them as a potential customer. Impulse purchasing is a major driver of revenue for any variety of retail stores, with some statistics suggesting that businesses make around 20-45% of its sales from impulse consumers.

According to Invesp, 8 out of 10 impulse buys are made in a brick-and-mortar store. A paper by the Academy of Marketing Science suggests that a major driver of these ‘impulse purchases’ is the store environment. A store’s environment is the make up of everything from the products, staff, fixtures, displays and advertisements.

Creating a store presence that promotes the buying behaviour retailers desire during difficult economic periods is an investment that can seem unreasonable during such times. With the help of the right suppliers, however, the return on investment can be swift and significant. Good store design boosts retail sales.

Suppliers like Black Lab Design have the ability and know-how to design, build and install custom fixtures, digital signage, permanent and semi-permanent displays that can reinvigorate retail spaces.

Digital signage has proved to be an extremely effective tool for engaging audiences today. As people become more accustomed to screens in their daily lives, they are more drawn to animated content on vibrant displays. Digital signage is more eye-catching, and it brings excited shoppers into your store.

Despite the sometimes hefty upfront investment in digital signage, the effect they have on a business’s sales are significant. There are a wealth of statistics to support this. For instance, particular studies have shown that digital signage bumps up the average purchase amount by 29.5%, and generates roughly 30% more in-store traffic.

Custom fixtures and permanent displays are simply a necessity for any retailer. Without them, there is no way to display merchandise. What matters though, is the way fixtures display the product – the design. The design of custom fixtures and permanent displays needs to complement and enrich the products they are housing. Materials, size and shape, modularity, lighting and aesthetics need considered attention to draw the shopper into the products on display.

Retailers should think of their physical store as their preeminent product. Well-designed fit-outs have the power to brand your store, to attract customers and encourage them to linger – or help them shop efficiently. Good store design boosts retail sales.